“What’s going on, Professor?”
Mason stopped pacing, and looked directly at him. “I don’t know if I should be the one to tell you this. I don’t even know how to tell you this. My God, I can’t process it myself.”  He let out a long, shaky breath. “The Pegasus was attacked.”
Phoenix’s heart stopped. He couldn’t breathe, couldn’t move a muscle. It felt like the wind had been knocked out of him.
“At first I thought it was a ploy. A way to get the keepers back in Olympus,” Mason continued. “But Vickard showed me the data logs.”
He coughed, trying to find his voice. “He must have forged them.”
“I wish he had, Phoenix, but they look legitimate.”
No.
This had to be a mistake.
“There’s also Kennedy’s Series Seven android, Matilda. Her feed is consistent with the data logs.”
He shook his head, unable to believe it. “How—?”
“Sae-yers.”
Everything was spinning. “Don’t tell me she’s dead. Don’t you dare tell me she’s dead. I won’t believe you.”
“One escape pod launched from the vessel. According to android’s feed, Kennedy was on it. There’s a good chance she might still be alive. Unfortunately, the android lost communication with the pod after it launched so they don’t know for sure.”
Phoenix stood, and walked to the window. He pressed his palms against the glass, taking a shaky breath. It took everything he had to keep himself calm. He wanted to shatter the glass with his bare hands. He wanted to destroy everything in this room. He wanted to pummel Vickard until the general was barely recognizable. How could they let this happen?
His insides twisted, and he knew he was about to be sick.
“And everyone else?”
“No one else survived.”
That was all he could handle.
He reached for the wastebasket, his body heaving as emptied his stomach. He tried not to see their faces, but they came to him anyway—Alanna. Colton. Bloody hell. Two keepers at once. Gone. He couldn’t believe they were gone.
Mason waited until he was done. When he turned around, he saw the professor leaning against the wall, his hands covering his haggard face. “It’s my fault,” he said in a broken voice. “I convinced them to do the mission.”
“It’s not your fault.”
“I’m so sorry, Phoenix. Vickard said he’s scrambling to put together a rescue mission to leave as soon as possible.”
At least they had a plan. “I want to be on it.”
Mason sobered, and faced him. “Impossible. You know you’re needed here.”
“I will be on that ship, Professor.”
“We’ve already lost three keepers. The world can’t afford to lose you, too.”
“My world is Kennedy. She’s out there somewhere, lost, afraid—who knows what she’s thinking.”
“Look, I know this news doesn’t come easy, but you really need to think about the implications of your actions. What it will mean for you, the other keepers, and the entire planet. She can’t come first—”
“She does come first.”
“Oh, come now. Be reasonable—”
“She comes first. Always.” Phoenix said it point-blank, his voice deadly serious. “I know what I am, Professor; I don’t take that responsibility lightly. But nothing you can say will change my mind.”
Mason frowned, his brow furrowing into deep lines. “I didn’t realize the two of you had gotten so close.” He sighed. “Vickard is going to use this to his advantage. The U.S. government doesn’t have explorer vessels at their disposal. They won’t be able to plan their own rescue mission. It will all have to be done through DOE.”
Because let’s face it, they could use this against him.
And he would let them.
“Vickard will probably make me sign some contract binding me to DOE for the rest of my life—I don’t care. Whatever it takes to get Kennedy back, I’ll do it.”
“Be smart about this, Phoenix. For God’s sake, don’t go in there and show him all your cards.”
“He already knows he has me. I quit for Kennedy, remember?”
Technically he quit because Sigly tried to drown her. Back then he didn’t know what Kennedy would come to mean to him; he was just sick of watching Sigly treat her and everyone else like a science experiment.
“That was under extreme circumstances,” Mason allowed. “Doesn’t mean Vickard knows everything.”
Phoenix doubted that. He and Kennedy had broken into the general’s office once before. The guy kept files on all the keepers. He made it his business to know everything there was to know about all of them.
“He’s got me, and he knows it,” he said, squaring his jaw. The truth was, it didn’t matter. The only thing that mattered was finding Kennedy. If DOE was his only recourse, he’d do whatever they wanted.
Mason joined him by the window, staring outside into the clear blue sky. “Everything was going so well.”
Phoenix shook his head. “It was too little, too late.” 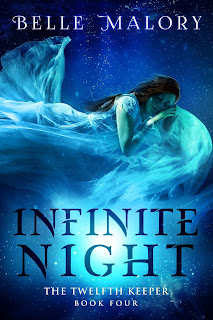