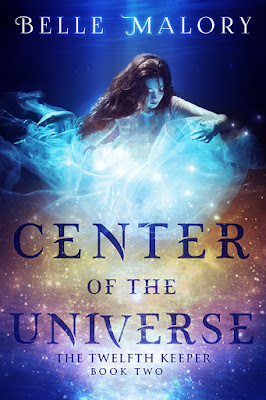 Book two of the TWELFTH KEEPER series: End of the world? Possibly. Taking a vacation wasn’t what Kennedy Mitchell had in mind after aliens threatened to attack Earth. Although she’s happy spending time with her family, she begins to question DOE’s motives for sending her home when she should be training. Something’s up and she knows it. Searching for answers, she turns to Phoenix, the one person she can trust…or so she thought. It seems even he has secrets, and the more she discovers, the more she wonders if anything they had together was real. The stakes are higher than they’ve ever been. One keeper goes missing. Another is determined to destroy her. As if that isn't enough to deal with, everyday humans get closer to annihilation. This time Kennedy has no one to rely on but herself. Hey, no one said keeping the world safe was easy.
Posted by Belle at 1:44 PM